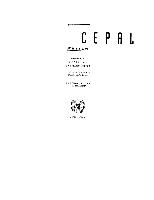 The pending widening of the European Union to the East has revived concerns in Latin America that Europe may become more inward­looking. However, booming trade and foreign direct investment (FDI); relations between current EU members and Central and Eastern European countries (CEECs); are unlikely to harm Latin America. Trade patterns suggest that Latin America's exports to the EU are complementary to the exports of the CEECs. Moreover, the recent surge of FDI flows to various host countries, including several Latin American economies, indicates that new investment opportunities in CEECs induce additional FDI, rather than causing its diversion. This picture is unlikely to change significantly once some CEECs become members of the EU. The paper concludes that future economic relations between Latin America and the EU depend primarily on sustained economic policy reforms in Latin America and the EU's role in multilateral trade negotiations, rather than on EU widening per se.