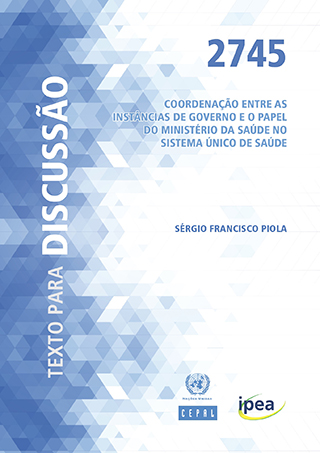 Brazil is a federation composed by the Federal Government, twenty-six states and the Federal District and 5,570 municipalities. The organization of the national health system is a shared responsibility of this three spheres of government and must comply to the constitutional principles of universal coverage, comprehensiveness and equity, and also with the decentralized management of the the Unified Health System (SUS). This constitutes an immense challenge. To preserve the constitutional principles of the system, several instruments were used to reinforce coordination between the levels of government, among which the transfers of federal resources to states, the Federal District and municipalities. Collegiate management bodies were also organized. Various initiatives and experiences were implemented to improve and conduct a systemic coordination in of the different dimensions of the health system. In this context, this work, based on a narrative review of technical-scientific literature and legal documents, analyzes the experience of the SUS from the following perspectives: i) constitutional and legal foundations that organize the health system; ii) SUS implementation experience, seeking to identify the main advances, problems and challenges; iii) identification of the relevance of federative coordination for the SUS, highlighting, in this sense, the importance of the role of the Federal Government in providing effective support for the achievement of the constitutionally defined principles for the health area, especially in countries with the characteristics of Brazil.