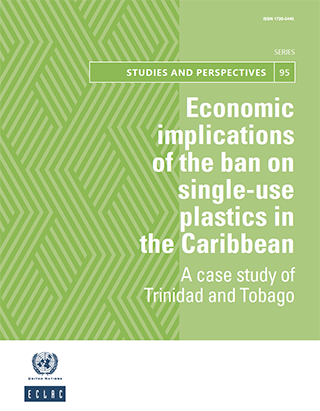 Over the past 50 years, the global annual production of plastics has increased dramatically, from 15 million tons in 1964 to roughly 311 million tons by 2014. This spectacular growth has occurred due to its unrivalled physical properties, which allow it to be widely applied in diverse economic production processes, at low cost. One of its main appplications has been in the packaging industry where roughly 26% of the global volume of plastics is used. More importantly, as much as 95% of plastic packaging – estimated at USD 80 – 120 billion annually - is for single-use, either as packaging or as items intended to be used only once before they are discarded as waste or recycled. Of this amount, only 5% is routinely recycled, and with the bulk ending up either in landfills, water courses or even oceans. Single-use plastics have become a major global threat to public health and the natural environment. On this basis, many countries have implemented various legal and policy sanctions to limit and or control the use of single-use plastics in their economies. Within the Caribbean subregion, as many as twenty-seven countries and territories have legislated or proposed some form of policy controls on reducing the use of plastics over the past decade. The present study examines the economic implications of a ban on single-use plastics proposed for implementation in Trinidad and Tobago in 2020. Applying a cross-section analysis, the potential direct impacts to the economy were assesed at roughly 0.058% of annual GDP, to be borne by six key economic subsectors. A revised incentive framework, enhanced waste management infrastructure, public education and awareness raising initiatives were identified as important policy elements to be undertaken in the implementation of the ban. Given several limitations of the research, this economic assessment is deemed to be at best a lower bound estimate of the total potential economic impacts.

Abstract .-- Introduction .-- I. Nature of the plastics problem .-- II. Methodological approach to the study .-- III. Data analysis and results. A. Summary of survey results. B. Estimation of annual baseline and alternative costs – single-use plastics .-- IV. Policy implications and conclusions .-- V. Limitation of the research.