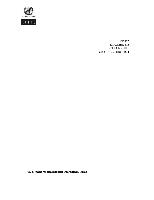 This study assesses the potential economic impact of climate change on coastal human settlements in the Caribbean, with specific reference to Barbados, and evaluates the costs and benefits of undertaking various adaptation strategies. The aim is to assist Caribbean territories in developing the strategies and capacity needed to deal with the potential impact of severe weather events that are anticipated to occur with increased frequency and intensity as a result of climate change.
Some of the key anticipated manifestations of climate change for the Caribbean include elevated air and sea-surface temperatures, sea-level rise, possible changes in extreme events and a reduction in freshwater resources.This research focuses on how human settlements distributed along the coast of Guyana, especially those in low elevation coastal zones (LECZ)are affected by these impacts. Focusing on three potential transmission sources - sea-level rise, stronger storm hazards and increased precipitation – the study considers the vulnerability of populations in the LECZ areas and estimates the overall threat posed by climate change to coastal populations and infrastructure.
Vulnerability to climate change (measured as exposed assets) was estimated for four emission scenarios as outlined by the Special Report on Emissions Scenarios (SRES), namely the A1, A2, B1 and B2 scenarios for the period 2010 to 2100 and as detailed by the Intergovernmental Panel on Climate Change (IPCC), using global circulation models (GCM) and storm surge hazard maps.