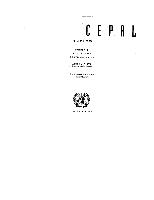 The financing of a State's sub-national levels of government, in federal and other systems alike, is an instrument of decentralization; first, each State has to decide what area of responsibility to assign to each governmental level and then it must design a suitable financing mechanism. If these sub-national governments' degrees of fiscal and administrative autonomy are not kept in alignment, then eventually the initiative may fail as the bodies at these levels gradually lose decision-making power within their sphere of responsibility. It is unlikely that sub-national levels of government will be able to cover all their financial requirements with their own funds. Instead, they receive differing amounts of funding from a whole series of financial sources, including their own tax receipts, a share of the central government's tax revenues and subsidies granted by the central government. Nevertheless, they achieve a high level of fiscal maturity when they are not heavily dependent upon the central government for financing. Independence is only possible when sub-national levels of government are financially self-sustaining or are financed by predictable resource transfers that have no specific conditions attached. What engenders the greatest degree of dependency, on the other hand, is financing based on tied resource transfers. The article cites a number of examples to illustrate how these funding sources operate in selected Latin American countries.