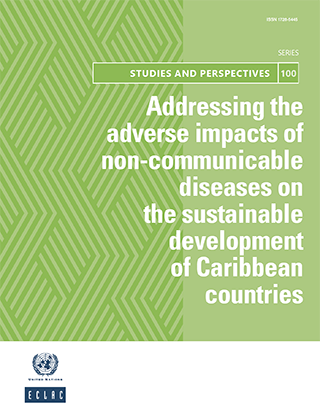 The high prevalence of non-communicable diseases (NCDs) in the Caribbean calls for sustained efforts to control these diseases and their risk factors. Such efforts are envisaged in several global, regional and national frameworks that exist to address the problem of NCDs, including the disease and economic burdens that they pose to countries around the world. In the Caribbean, the Heads of Government have long articulated the relationship between health and development, a position that aligns well with the 2030 Agenda for Sustainable Development’s commitments to ensure that individuals fulfil their potential in a healthy environment.

With NCDs contributing the most to disability-adjusted life years globally and considering the ageing of the population and the high and rising rates of childhood obesity in the Caribbean, this study makes a case for renewed focus on addressing NCDs given their potential to constitute an even greater burden in the future. It recognizes the leadership role played by the Caribbean in championing the fight against NCDs on the global stage and notes that the early successes recorded in the subregion in addressing the NCDs seemed to have stalled.

Abstract .-- Introduction .-- I. Background. A. The 2030 Agenda and the Sustainable Development Goals. B. The SIDS Accelerated Modalities of Action (SAMOA) Pathway. C. The Global Action Plan for the Prevention and Control of NCDs 2013–2020 .-- II. The 2007 Declaration of Port of Spain .-- III. Status of progress in addressing NCD risk factors and achieving the SDG target .-- IV. Progress in preventing and controlling NCDs in the Caribbean .-- V. Conclusions.