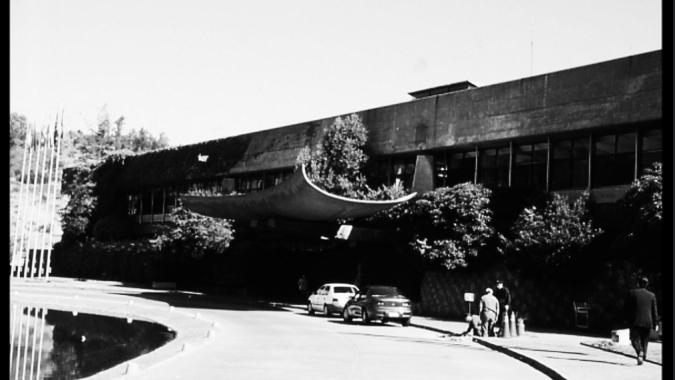 In the half century since its founding, the Economic Commission for Latin America and the Caribbean has made significant contributions to regional development, and its theories and approaches have achieved recognition in many parts of the world.

The Commission has developed a school of thought concerning medium- and long-term economic and social trends in the Latin American and Caribbean countries.

The thinking of ECLAC is a dynamic process that has kept pace with the sweeping changes occurring in the economic, social and political arenas at the regional and international levels. In its early years the Commission developed its own method of analysis and thematic focus which, with some variations, it has maintained up to the present day.

Its approach, which has come to be known as "historical structuralism" focuses on the analysis of the ways in which the region's institutional legacy and inherited production structure influence the economic dynamics of developing countries and generate behaviours that differ from those of developed nations. This approach does not recognize the existence of uniform "stages of development", since for "latecomers to development", such as the countries of the region, the dynamics of the process are different than they were for the nations that underwent development at an earlier point in history. Thus, this school of thought feels that the region's economies can be better understood by referring to the concept of structural heterogeneity that was formulated in the 1960s.

Five phases can be identified in the theoretical work of ECLAC:

Origins and the 1950s: industrialization through import substitution (ISI);
The 1960s: reforms to facilitate industrialization;
The 1970s: reorientation of development "styles" towards social homogeneity and towards diversification as a means of promoting exports;
The 1980s: overcoming the external debt crisis through "adjustment with growth";
The 1990s: changing production patterns with social equity.

Keynesian thought, the historicist school and the Central European institutionalists exerted a decisive influence in the Commission's early years. More recently, the focus has been on a revival of this line in inquiry, along with the new theories of international trade and industrial organization, evolutionary theories of the firm and the new institutionalism.

The history of ECLAC has also been marked by its involvement in the debate regarding inflation and [the part it has played in the] its introduction of the concept of inertial inflation, without which many of the successful attempts that have been made in the region to stabilize inflationary forces would not be understandable.

ECLAC also made a major contribution to the analysis of the debt crisis and the modalities of macroeconomic adjustment used in the 1980s and to the debate on sustainable development that has been going on since the 1960s.

The development of a methodology of analysis that combines multiple elements is another of its accomplishments. This approach, which is the outgrowth of an integral, interdisciplinary vision of development, relies on a dialectical interplay between ideas and actual conditions, between thought and action, and implies a continual evolution of those ideas and thoughts as a function of changes in the environment and ongoing interaction with the governments of the region. The search for a regional identity, the study of existing conditions as a function of regional interests, and the evaluation of any conceptual scheme on the basis of its effectiveness in promoting a fuller understanding of those conditions and of how to influence them are all integral components of this methodology.

This approach has led to the formulation of a range of policy analyses and recommendations over time and has drawn upon a variety of other schools of economic thought that have left their stamp on the history of the institution.

This document is based on the introduction to the book "50 años de pensamiento en la CEPAL" published in 1998 on the occasion of celebrating its five decades. The author is Ricardo Bielschowsky, staff member of ECLAC Office in Brasilia. The book contains 28 selected texts, and the introduction reconstitutes the intellectual path of the institution over the period 1948-1998 and presents the reader with the most significant theories and selected texts.

For more information on this topic, see also some of the institutional documents recently presented at the Commission's last three sessions, particularly Globalization and Development; Equity, Development and Citizenship; and The Fiscal Covenant: Strengths, Weaknesses, Challenges. See also the ECLAC co-publication with Alfaomega (Bogotá) A Decade of Light and Shadow: Latin America and the Caribbean in the 1990s.