Expanding the coverage of pension systems in Latin America 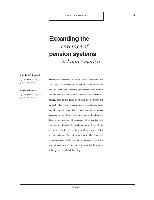 Expanding the coverage of pension systems in Latin America

Despite the reforms undertaken by several countries in Latin America, the coverage of the region's pension systems remains inadequate. Underlying that circumstance are both context-sensitive factors and those of a more structural nature, such as the level of relative development, the difficulty of covering certain segments of the labour market, and the way in which the systems and incentives are designed. Given the decisive influence of the structural factors, the expansion of coverage will require the right combination of contributory and non-contributory systems, to which end this article makes some policy recommendations. Forestalling poverty in old age demands a combination of social insurance elements (based on saving and unfunded systems); and social security, involving some solidary and tax-related financing.