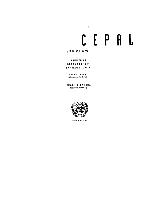 Within the context of the globalization of the economy, communication and culture and the transition towards societies based on information and knowledge, the sustained development of the cultural industry stands out as a priority means for the articulation of society. For at least the last three decades, culture has been increasingly linked with the growth of the social communication media. Indeed, the cultural industry is becoming a strategic sector for competitiveness, employment, consensus-building, the style of politics and the circulation of information and knowledge. This growing weight of the cultural industry is closely linked with its own diversification. Technological innovations have given rise to great leaps forward in the cultural industry which make it necessary to redefine its limits year by year. A market for messages which forms part of the circuit of global interchange and constant acceleration in terms of time is transforming the limits of "heavy" and "light" culture, highbrow and lowbrow culture, sophisticated cultural products and those appealing to a popular audience, and national and foreign cultural manifestations. In the following pages, an analysis will be made of the changes which these developments have brought about in the image of modernity and modernization in Latin America. The coexistence of various past times in a single present and the current tension between the high levels of symbolic integration through the cultural industry and the low levels of social integration form the central concerns of this article in its efforts to set forth the potential and risks of the cultural industry in the region.