A comparative study of health care policy in the United States and Canada: what policymakers in Latin America might and might not learn from their neighbors to the North 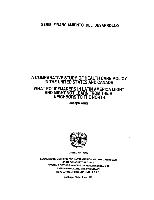 A comparative study of health care policy in the United States and Canada: what policymakers in Latin America might and might not learn from their neighbors to the North

Abstract The purpose of this comparative study of the structure and operation of the health care systems in the United Stetes and Canada is to draw lessons from those experiences that may be relevant to the countries of Latin America and the Caribbean. First, the study examines the different sources of health-sector funding in the United States and Canada and the levels and types of coverage provided. The fact is brought out that per capita levels of expenditure in these two countries exceed per capita national income in much of the region. A comparison of the two systems shows that, although expenditure is lower in Canada, its coverage is better. Second, the author discusses the different methods of payment that have been implemented in conjunction with regulatory and supervisory instruments and institutions. In Canada, responsability for health-budget performance lies with the provinces, and transfers from the central government are made, inter alia, through a capitated payments sys tem. In the United States, a number of different payers, each with its own individual cost control mechanims, are found. It is argued that selective outsourcing of health-care services in the United States would appear to be less relevant for Latin American countries than the Canadian system of payment, given the need to increase the levels of coverage in these countries. Third, the study focuses on proposed health care reforms in the two countries. One of the main objectives of these reforms is to curb rising costs. Lastly, the author draws a number of conclusions which he considers relevant to the needs of Latin American and Caribbean countries. The assertion is made that the Canadian system offers advantages in terms of the provision of affordable health insurance for all.