Opportunities for convergence and regional cooperation: Unity Summit of Latin America and the Caribbean 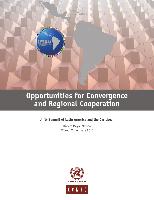 Opportunities for convergence and regional cooperation: Unity Summit of Latin America and the Caribbean

Compared with 2003-2007, which was the most favourable period the world and regional economies had seen in 40 years, the outlook for the future is less encouraging. In the early 2010s the world economy and global trade will experience reduced growth rates, increased competitive tension and protectionist pressure, and tighter access to financing. In the wake of the crisis, the industrialized countries will face slower economic growth and high unemployment at a time when they will also have to restore the sustainability of their public accounts. The emerging economies, headed by China, together with India, other Asian economies and Brazil, will gain an increasingly larger presence on the world stage in the second decade of the century. The driving forces of economic growth and international trade will shift even more rapidly towards the Pacific and the emerging economies, underscoring the importance of South-South trade. Fragile international macroeconomic conditions and the slow response of the global institutions to the new challenges that are arising are eroding the relevance of the multilateral institutions, which has worrying implications for the developing countries, as no effective alternatives exist that can address the new challenges of this century. The Doha Round of trade talks will soon have been under way for a decade but is still far from fulfilling its commitment to development. The fifteenth session of the Conference of the Parties to the United Nations Framework Convention on Climate Change, in Copenhagen, concluded with more uncertainties than certainties. And the meetings of the Group of Twenty (G-20) allow for little optimism regarding the new financial regulations and the forthcoming reform of the international financial system. Consequently, greater regional cooperation and closer collaboration between and within the subregions is no longer merely a major political objective, but also an economic imperative if the region is to integrate into a global economy that is increasingly structured around regional or subregional value chains. Thus, measures in areas such as infrastructure, energy, connectivity and trade and transport facilitation will be crucial for competitiveness and growth. Given the weak demand for the region's products among most of its major partners, intraregional trade has a key role to play in spurring the recovery of demand for the goods and services the region produces. This has not occurred yet, however, in part, on account of the emergence of trade-restricting measures, but mainly owing to the persistence of major deficits in infrastructure and connectivity and discrepancies in the rules governing the flow of goods, services, investments and persons. More open intraregional trade that respects the liberalization commitments already assumed would not only help to offset the fall in external demand, at least in part, it would also stimulate the development of small and medium-sized enterprises (SMEs). Intraregional trade has been shown to be more intensive among SMEs, to consist of goods with a higher value added content and to be more labour-intensive than extraregional trade. It is therefore imperative to ensure that regional integration does not fall victim to the repercussions of an international crisis that the region did not generate. It is with this purpose in mind, and after examining the main characteristics of the post-crisis scenario and identifying the ensuing demand for greater regional cooperation, that the following proposals to boost that cooperation are presented. These proposals are not dependent on free trade agreements and, consequently, the differing views held on trade and development in the region should not hamper the action that is urgently needed to confront the challenges to the region's competitiveness.