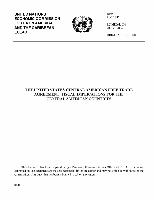 In this paper we estimate the fiscal implications of the free trade agreement signed between the United States of America and the five Central American countries of Costa Rica, El Salvador, Guatemala, Honduras and Nicaragua. Of the five possible effects on fiscal revenue (direct, indirect, elasticity, substitution and induced), in this paper we estimate the first three. The fourth effect is most likely negligible, whereas the estimation of the fifth one would be plagued by uncertainty, so we do not attempt it here. We use comparative statics to estimate the impact. We find the adverse impact of tariff elimination on fiscal revenue is relatively small in Costa Rica and Nicaragua, whereas the greatest impact is in Honduras, where it accounts for almost a five percent loss of tax revenue in only the first year of the Agreement. The loss of revenue from internal indirect taxes is much smaller for all five countries. After summing the two adverse effects direct and indirect), we find the country least adversely affected by the agreement is Costa Rica. In the first year of the Agreement, the adverse impact is expected to amount to 0.28% of GDP. The country most adversely affected is Honduras, whose revenue is forecast to decline 0.82% of GDP in the first year of the Agreement. When we calculate the increase in revenue from indirect taxes due to higher imports, we fail to find significant effect in terms of GDP. Despite the fact that in El Salvador and Guatemala the revenue increases almost 0.2% of GDP, under the most optimistic growth scenario, it is not enough to compensate for the loss of fiscal revenue due to the CAFTA. After accounting for the positive and negative revenue implications, we conclude that there would be a net loss of fiscal revenue due to the CAFTA in all countries. Given that in most cases the fiscal revenue loss is small, the only country that could have serious fiscal problems due to the CAFTA is Honduras. Even under our most optimistic growth scenario, the loss is estimated to be 0.73% of GDP at the beginning of the transition period that lasts twenty years, rising to 0.78% at the end of the period. Honduras is also the economy with the highest level of fiscal vulnerability of the five countries, which means that it is less prepared to mitigate the fiscal implications of the CAFTA. The optimistic growth scenario leads countries to balance-of-payments crises. Our most pessimistic scenario assumes some major disruptions to the country (economic, political and/or institutional). Therefore, a moderate growth scenario is perhaps the most plausible for the growth rate of GDP for Central America in the future. Accordingly, we conclude that the fiscal implications of the CAFTA from the moderate growth scenario are the most probable. The Central American countries should use both a reduction of expenditure and an increase in revenue as their main policy to neutralize the adverse fiscal implications of the CAFTA. In addition, economic policies that relax the external constraint on growth would dampen slightly the negative fiscal impact of the CAFTA.