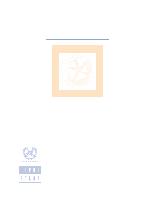 The 1999-2000 edition of the Social Panorama of Latin America examines the growing social vulnerability of the population, the main features of the pattern of occupational stratification associated with newly emerging modes of development, the living conditions of children and adolescents and of older adults, which are two particularly vulnerable groups, and the institutional and social implications of drug production, trafficking and use in the region. Social vulnerability is manifested in the feelings of being at risk and unsafe and the sensation of helplessness that have overtaken a majority of the population in many countries. This edition of the Social Panorama explores the objective reasons underlying these feelings, including the increased instability of household income, which causes households to slip in and out of poverty, and the deterioration of employment conditions that is associ-ated with rising percentages of temporary forms of employment that are not subject to labour contracts and do not provide social security coverage. In view of how influential it is in terms of social stratification, for many years now ECLAC has been studying the phenomenon of occupational stratification in Latin America and the changes it has undergone. This edition of the Social Panorama presents the results of a study on the main aspects of occupational stratification in eight countries representing the diverse range of situations to be found in the region. An analysis of labour income by occupational category enabled researchers to identify three main strata containing around 10%, 15% and 75% of the working population (the exact figures differ from country to country) and to determine how these strata correlate with the educational levels and socioeconomic status of the households concerned. The chapter on older adults examines issues relating to their well-being: the living arrangements arising in response to the ageing of the population; the coverage provided by social security systems, which are the main source of income for older adults; older adults' participation in the labour force and the impact this has on income distribution; and the poverty rates for the households in which they live. The chapter on living conditions for children and adolescents looks at how the economic growth that took place in the 1990s has influenced the poverty rates for this segment of the population, the main risk factors during early childhood, and unmet needs in the area of education. The chapter dealing with the social agenda explores the problems associ-ated with drug production, trafficking and use in Latin America and discusses how this affects the quality of People's lives, how it exacerbates the problem of social exclusion and how drugs undermine the stability of the region's institutions and add to the population's feelings of insecurity.