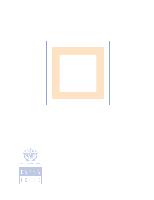 The 2000-2001 edition of the Social Panorama of Latin America provides new poverty estimates for the countries of the region based on household surveys conducted around 1999, together with recent statistics on the distribution of in-come,employment and unemployment. It also examines the levels of public ex-penditure allocated to social sectors, the status of Latin American households and the main public policies being implemented in this area. The first chapter presents an analysis of trends in poverty and extreme poverty during recent years and an assessment of the progress made by the Latin Ameri-can countries in reducing poverty. Some of the basic features of the profile of poor households are described, and the feasibility of halving extreme poverty in the region -and thus meeting the target set for 2015 at the Millennium Summit-is discussed. A number of indicators are used in the second chapter to analyse the situation in the various countries based on their degree of inequality in income distribu-tion and recent trends in that distribution. The point is made that, although many countries succeeded in expanding their economies and raising their levels of social spending considerably during the 1990s, Latin America has not mana-ged to alter its typically high degree of income concentration to any substantial extent. Employment and unemployment patterns are examined in the third chapter. For the first time, in this edition aggregate data are provided for the Latin American countries as a group in order to highlight the main trends in relation to labour supply and demand, the segmentation of the labour market, and the patterns associated with the rising open unemployment rates being observed in many countries. The fourth chapter offers an assessment of trends in public social expenditure.The factors that contributed to the major increase in per capita social spending seen during the 1990s are discussed, and changes in spending levels during up-turns and downturns in economic growth are examined. Information is provided on trends in public social expenditure in individual sectors (education, health, social security and housing) and on their impact in terms of income distribution. The fifth and final chapter deals with the social agenda. Quantitative data on changes in the structure of Latin American households are furnished, with emp-hasis on how that structure, demographic changes and Women's participation in the labour market are related to one another. The structure of social institutions responsible for designing and implementing family-related policies and how they are linked to other public policies are also discussed in this chapter. This edition of the Social Panorama includes a statistical appendix containing 48 tables on a wide range of social phenomena.