Economic Survey of Latin America and the Caribbean 2003-2004 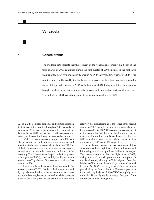 Economic Survey of Latin America and the Caribbean 2003-2004

This year's Economic Survey of Latin America and the Caribbean is the fifty-sixth edition in this series. It is divided into two parts. The first analyses the main features of the regional economy, while the second examines the situation in the individual countries of Latin America and the Caribbean. Part one deals with the performance of the region's economy and begns with an introduction that summarizes recent trends and the challenges faced by economic policy-makers. The following chapters are devoted to the international situation and the external sector, macroeconomic (fiscal, exchange-rate and monetary) policy and regional trends in the level of economic activity, inflation, employment and wages. In order to strengthen the analyses presented in the Economic Survey, two additional contributions have been incorporated which take an in-depth look at key elements of the region's economic development and are also related to its performance in the short term. The chapter on economic policy also includes a section on the sustainability of the public debt, a major issue for many countries in the region that has become increasingly important in recent years. The first part of the Survey concludes with a chapter that offers a comparative analysis of the region's economic growth from a medium-term perspective. Part two provides overviews of macroeconomic policies and trends in the Latin American and Caribbean countries in 2003 and the first half of 2004.