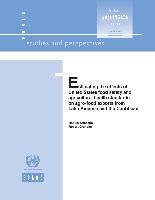 Food safety and agricultural health standards have become a mayor challenge for food exports from developing countries in the past few years (Jaffe & Henson, 2005; OECD, 2003; Josling, Roberts & Orden, 2004; Maskus & Wilson, 2001). As tariff rates were negotiated down in the context of the World Trade Organization (WTO) and in regional and bilateral trade agreements, international trade in agro-food products increased substantially and so did concerns over food safety and agricultural health in food importing countries. Several countries, including the U.S, started to pay closer attention to their food safety and agricultural health standards both domestically and for food imports. In the U.S., the tightening of standards was in part related to heightened concerns about bioterrorism (Jaffe & Henson, 2005). Increased consumer awareness of agro-food quality and agricultural health issues also played an important role, as indicated by the large number and strictness of private technical standards (Jaffe & Henson, 2005). Although there is an extensive literature describing the general issues of food-safety and its potential effects on international trade, few studies have looked at the empirical question of what are the actual trade costs of an increase in the number, strictness and enforcement of food safety regulations. This document contributes to the literature by providing an innovative estimation of the effects of U.S. food safety and agricultural health standards in the agro-food exports of Latin America and the Caribbean, using the number of refusals at the U.S. border as a proxy for trade costs associated with tighter food safety standards and regulations. The analysis focuses on agro-food exports from Latin American countries to the U.S. market to estimate a gravity model with panel data for the years spanning from 1997 to 2009. The main results are that technical standards and regulations are not significant determinants of Latin America and Caribbean agro-food exports to the U.S. Rather the size of the countries or their market potential in the food sector, as measured by the agricultural GDP, is the main determinant. Time specific factors such as oil prices and global economic conditions as well as population of the exporting country also play a role. This is consistent with the results obtained by Novy (2009), that the majority of U.S. trade growth over the period 1970-2000 was explained by income growth rather than by a decline in bilateral trade barriers. In addition, we found that using GDP as a measure of market potential in the agro-food sector is inadequate, because GDP includes services, most of which are non-tradables, and the value added of products other than those whose trade is relevant for our analysis. As a result, using GDP overestimates trade costs in the agro-food sector and underestimates the role of income as a determinant of trade (Novy, 2009).