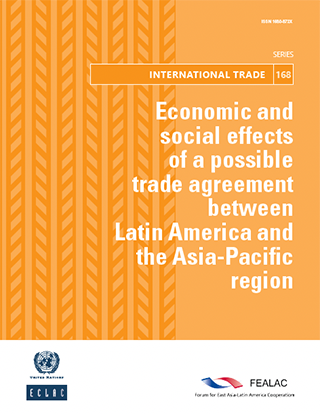 The Regional Comprehensive Economic Partnership (RCEP) concluded between Asian Pacific States in 2020 is expected to change regional and global trade patterns. Based on a Computable General Equilibrium model (including 41 countries and 39 sectors), the underlying paper evaluates the impact of firstly, RCEP on trade between Latin American and Caribbean (LAC) and Asian Pacific member countries, and secondly, a hypothetical free trade area in LAC and thirdly, a free trade agreement within and between the two regions. Results are analyzed on the country —and sector— level by type of agent (small and medium-sized, MSMEs, and large companies).
The model outputs imply a boost in trade in the Asian Pacific region caused by the RCEP agreement coming into force, while trade volumes of LAC countries would contract. This likely targets primarily exports of natural resources and low —and medium— technology manufacturers based in LAC.