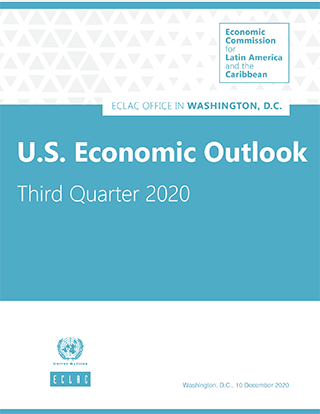 The U.S. economy expanded at a 33.1% annual rate in the third quarter of 2020, following a decline of 31.4% in the second quarter and 5% in the first. The third-quarter gain reversed about 75% of the prior decline. The pandemic has created unprecedented volatility in economic growth this year, with the record-shattering decline in real GDP in the second quarter followed by a similarly record-breaking gain in the third. Economic forecasts project a slowdown in the final quarter of the year, however, because of the recent surge in COVID-19 cases and some tighter restrictions that have been implemented to contain the spread of the virus. There is already some evidence that the labor market has begun to weaken. The slowdown in the pace of non-farm payroll gains to 245,000 in November underlines how the renewed surge in virus cases and restrictions is weighing on services demand, as the sharp rise in coronavirus cases since October poses downside risks to the consumer recovery. The economic policy response was prompt and strong in the early phase of the pandemic (equivalent to 13% of GDP). According to the Brookings Institution’s Hutchins Center Fiscal Impact Measure, fiscal policy added 14.1 and 5.4 percentage points to real GDP growth in the second and third quarters, respectively. The size and content of another fiscal package of still much needed relief measures is currently under discussion. The economic outlook remains challenging for the winter months, as it depends on containing the spread of the virus to avoid stricter restrictions, and on new policy measures to support the economy. However, encouraging news regarding the development of effective vaccines, which are expected to be more widely available in the course of next year, have led to upgrades in economic growth projections for the second half of 2021.