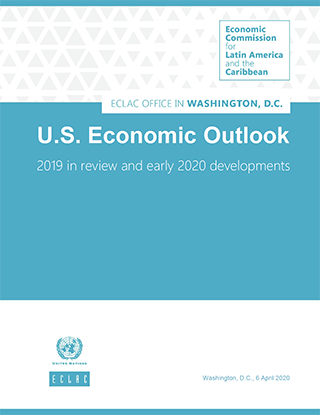 • The record long U.S. economic expansion is coming to an end, as a result of the COVID-19 pandemic. Shutdowns to stem the spread of the virus have already had an impact on the economy, and are already visible in some preliminary data for March, ranging from jobless claims to factory output. The U.S. government will release its initial estimate for the first quarter of 2020 at the end of April, and a decline in growth is expected, followed by an even worse decline in the second quarter.

• Three stimulus packages were approved by the U.S. Congress in March, aiming to address the impact of the COVID-19 pandemic on households and businesses. The Federal Reserve has cut interest rates to the zero-lower bound, offered unlimited quantitative easing, and deployed old tools (used in the 2008 financial crisis) and new, aimed at keeping financial markets functioning.

• A U.S. recession in the first half of the year is now the baseline forecast according to market projections. The outlook remains highly uncertain and constantly changing, as new estimates of the impact of the pandemic are made and government actions further restricts the population’s mobility and economic activity.