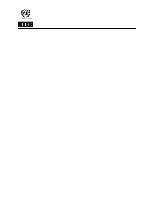 This report provides an analysis and evaluation of the likely effects of climate change on the tourism sector in Saint Lucia. Clayton (2009) identifies three reasons why the Caribbean should be concerned about the potential effects of climate change on tourism: (a) the relatively high dependence on tourism as a source of foreign exchange and employment; (b) the intrinsic vulnerability of small islands and their infrastructure (e.g. hotels and resorts) to sea level rise and extreme climatic events (e.g. hurricanes and floods); and, (c) the high dependence of the regional tourist industry on carbon-based fuels (both to bring tourist to the region as well as to provide support services in the region).
The effects of climate change are already being felt on the island. Between 1970 and 2009 there was a rise in the number of relatively hot days experienced on the island. Added to this, there was also a decline in mean precipitation over the period. In addition to temperature, there is also the threat of increased wind speeds. Since the early twentieth century, the number of hurricanes passing through the Caribbean has risen from about 5-6 per year to more than 25 in some years of the twenty-first century. In Saint Lucia, the estimated damage from 12 windstorms (including hurricanes) affecting the island was US$1 billion or about 106% of 2009 GDP. Climate change is also likely to significantly affect coral reefs. Hoegh-Guldberg (2007) estimates that should current concentrations of carbon dioxide in the Earth’s atmosphere rise from 380ppm to 560ppm, decreases in coral calcification and growth by 40% are likely.
This report attempted to quantify the likely effects of the changes in the climatic factors mentioned above on the economy of Saint Lucia. As it relates to temperature and other climatic variables, a tourism climatic index that captures the elements of climate that impact on a destination’s experience was constructed. The index was calculated using historical observations, as well as those under two, likely, Special Report on Emissions Scenarios (SRES) climate scenarios: A2 and B2.