The effect of y2k on Western Hemisphere transport systems 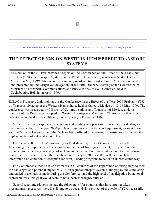 This edition of the Bulletin provides a report on the Conference on the Effect of the Year 2000 Problem (Y2K) on Transport Systems in the Western Hemisphere, which was held in Cancún, Mexico, in May 1999. Also included is an analysis of sea transport in South America, prepared and presented by the Uruguayan delegation at the Fifth Ordinary Meeting of the Conference of Ministers of Transport, Communications and Public Works of South America, held in Cochabamba, Bolivia, in April 1999.

The effect of y2k on Western Hemisphere transport systems