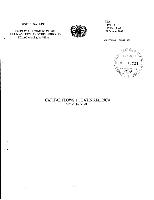 In the first half of 2003, emerging debt markets rallied, as disillusionment with equities, geopolitical concerns, and doubts about growth prospects led investors to shift from equities in favor of fixed incomes securities. As equity prices in the United States struggled early in the year, and the price of U.S. Treasuries rose to a 40-year high, attention was drawn to emerging market assets. Emerging debt markets were driven by liquidity, rising risk tolerance, a search for yield and a wider investor acceptance of the asset class. As a consequence, credit spreads on emerging market bonds narrowed significantly from the distressed levels of the fall of 2002. In the second quarter, broad investor interest, lower risk aversion and market liquidity fueled a strong rally in emerging and Latin American bond markets, with bond spreads tightening 124 and 172 basis points, respectively. Issuers in emerging markets and Latin America benefited from the decline in spreads, as well as from the greater interest in their bonds by crossover investors. The first half of 2003 showed the strongest supply of new emerging markets debt since 1998: a total of US$43.4 billion, or 80% of the total issuance in 2002, according to Merrill Lynch. With a total issuance of US$22.4 billion (52% share of the total), Latin America surpassed last year's amount of US$20.2 billion. After an Iraq war induced slowdown in March, emerging market debt issuance rose in April, in May and in June, consecutively. June 2003 issuance was nearly three times as high as it was in June of 2001 and 2002. In addition, the size and structure of emerging markets external debt continued its transformation from an asset class of restructured loans, to one consisting primarily of global bond issues, as country liability management operations increased. In June, Mexico called all its remaining Brady debt, marking a milestone. The Central American and Caribbean region continued to be hit by a wave of downgrades and negative rating actions in the second quarter, with a total of five countries remaining on negative outlook: Costa Rica, Dominican Republic, El Salvador, Guatemala and Jamaica. Central America is suffering the effects of election tensions, given that elections will take place in the Dominican Republic, El Salvador and Panama next year. The Dominican Republic has also been struggling to piece its economy together after the collapse of Banco Interncontinental (Baninter) earlier this year. The smaller credits of the Caribbean Basin are also struggling to manage their way through domestic political tensions and a re-rating of creditworthiness prompted by Moody's decision to review the ratings of countries with highly dollarized banking systems.