The development of science and technology indicators in the Caribbean 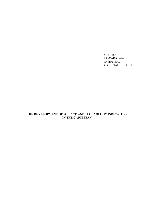 The development of science and technology indicators in the Caribbean

Developed countries have for a long time collected statistics on science and technology (S&T); activities and their contribution to development and have also focused on how interpretation of these statistics could inform policy. In addition, these indicators, as they are called, have been used to determine and compare the relative positions of the various countries in the global economy. For such comparisons to be meaningful, however, it was necessary to standardize the units and methodologies. That process led to the development and adoption of a number of manuals, namely, Frascati, Oslo and Canberra, for use in the collection and analysis of S&T indicators and these have since been adapted as standard texts. The developing countries of Latin America, conscious of the usefulness of these indicators, have been collaborating with some developed countries in the use and interpretation of these manuals. These manuals are largely oriented towards developed countries. They can, however, provide useful guides for smaller economies, but they have limited value in a meaningful analysis of very small economies.

Over the years, the small Caribbean States have been collecting data on economic statistics, in keeping with their tradition of accountability. However, these data have not been sufficiently disaggregated or analyzed on a sectoral basis in order to inform policy. With respect to science and technology, data collection and the interpretation of the data have not been done in a systematic manner, since S&T activities in these countries are considered to be nominal, and the importance of S&T to the development process is not properly understood and appreciated.