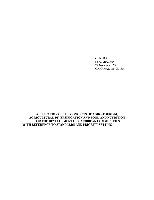 Introduction Trade and development issues have been the focus of economists, policy makers and international organizations for decades. However, environmental concerns have only come to the fore within the last couple of decades largely as a result of the work of scientists on, for example, climate change and loss in biodiversity as well as the lobbying activities of environmental groups, such as Greenpeace. The linking of environment to trade only gained international prominence since the negotiations for the Canada-United States Free Trade Area in the 1980s. However, although environmental concerns were incorporated into the North American Free Trade Area (NAFTA) agreement they have not been brought within the World Trade Organization (WTO). Nevertheless, some developed countries, mainly in Europe, have proposed incorporating environmental and labour standards into the sector agreements that would result from the conclusion of the next Round of WTO negotiations. Translating the concerns for non-trade issues into WTO disciplines raises the question of whether the purview of the world body should be expanded beyond trade. The agreement on Trade Related Intellectual Property Rights (TRIPS) provides a precedent for extending WTO disciplines from products to production processes. Bringing the regulation of environmental standards into the WTO should prevent environmental abuses under the guise of free trade and thus facilitate sustainable development. However, the WTO is not considered to be an appropriate organization for coordinating environmental standards, especially since trade liberalisation has not been found to have had a systematically negative affect on the environment [Jenkins 2001]. Instead the case has been argued for a coordinated international approach to environmental management in the form of a dedicated world environmental body [Maskus 2000]. Concern about environmental effects on development has been focused on the relationship between environment and trade. This is reflected in the studies that were done prior to and since the coming into effect of NAFTA. The environment has played an important role in the production of resource-based commodities as well as in the provision of food and other amenities for the population. Nevertheless, an integral relationship between economic and social development and the environment did not form the basis for development strategies and policies pursued in the Caribbean. Since the Uruguay Round of multilateral trade negotiations, the importance of environment to trade and development has become generally accepted. However, developing countries have been concerned about proposals to bring environment and labour standards within the purview of the WTO. This was part of the reason for the failure to launch a new round of trade negotiations in Seattle in 2000. Environmental issues were again on the agenda at the Doha Ministerial meeting in November 2001. In light of the reservations of developing countries in agreeing to negotiate environmental issues in a new WTO Round, this paper explores the relationship between trade, environment and development with specific reference to Caribbean countries. The aim is to understand why developing countries, in particular those in the Caribbean, should be concerned about environmental issues in their pursuit of economic development. Economic growth and development was traditionally about increasing savings and investment to realise increased rates of growth as well as diversifying production and export structures to enhance the sustainability of growth. Environmental management is now considered to be an important factor in the pursuit of sustainable growth and development. After decades of environmental abuse, developed countries have put in place measures and institutions to regulate the environment. Some of these measures have tended to impinge on trade relations with other countries, in particular developing countries where environmental regulation is either absent or in a nascent stage of development.