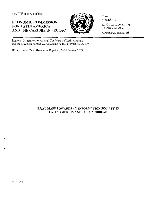 Preface
The concept of an "information society" refers to a paradigm which is profoundly changing the world in which we live at the beginning of this new millennium. This transformation is being driven primarily by new ways of creating and disseminating information using digital technologies. Information flows, communications and coordination mechanisms are being digitized in many different sectors of society, and this process is gradually giving rise to new ways of organizing society and production. While this form of "digital conduct" is becoming an increasingly global phenomenon, it has its origins in what are, for the most part, mature industrial societies. Indeed, the adoption of this technology-based paradigm is strongly correlated with a society's degree of development. However, technology is not only the child of development (as it derives from the development process);, but is also, to a large extent, its parent (since it is also a tool for development);.Viewed from the perspective of Latin America and the Caribbean, the question of how to employ this emerging paradigm to achieve broader development goals and to integrate the region more fully into the global information society is an issue of paramount importance. In order to tackle the challenging task of integrating the paradigm of the information society into the development agenda, ECLAC is seeking to address three key questions:
First of all, what kind of "information society" is desired? Based on an analytical framework developed by ECLAC for the consideration of the many complex issues involved in the construction and operation of an information society, it is of vital importance to determine the purpose and aims of all lines of action oriented towards the transition to an information society. The first chapter of this study lays the groundwork for such an analysis.Secondly, what are the basic characteristics and specific traits of the transition towards an information society in Latin America and the Caribbean? In order to understand what current and future paths the region can choose to follow in making the transition to an information society, the second chapter reviews some of the specifically regional features of the current process.
Thirdly, what policies can be used to support the transition towards an information society? The third and final chapter proposes an agenda for Latin America and the Caribbean in the transition to an information society.
To support such national and regional initiatives, ECLAC initiated a research project which led from the Florianópolis Declaration, in which, for the first time, the Latin American and Caribbean countries expressed their "shared aspirations … to become full-fledged members of the information society" (Florianópolis, June 2000);, to the Bávaro Declaration (January 2003);. The Regional Preparatory Ministerial Conference of Latin America and the Caribbean for the World Summit on the Information Society took place in Bávaro, Punta Cana, Dominican Republic, from 29 to 31 January 2003. The meeting, organized by the Government of the Dominican Republic and ECLAC, formed part of the worldwide preparation process for the World Summit on the Information Society, which will take place in two stages: the first in 2003 in Geneva, Switzerland, and the second in 2005 in Tunisia (United Nations General Assembly resolution 56/183);. The present book was prepared by ECLAC for this preparatory process and served as a basis for discussion at the Bávaro meeting. The concluding Bávaro Declaration serves as the region's contribution to the World Summit on the Information Society.An annex to this publication provides the text of the Bávaro Declaration, which was adopted at the Regional Preparatory Ministerial Conference of Latin America and the Caribbean for the World Summit on the Information Society. In this declaration, the countries of the region, recognizing that the information society is an economic and social system where knowledge and information constitute fundamental sources of well-being and progress, adopted a series of guiding principles for the transition to an information society and identified priority issues to which special importance should be assigned in the coming years.