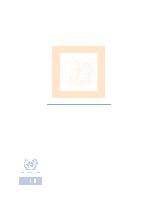 The 2004 edition of the Social Panorama of Latin America analyses the major demographic changes that have occurred in the region over the past few decades, examines the socioeconomic status of Latin American youth, looks at institutional and programmatic guidelines for youth policies and describes how household structures and family roles have changed. As in past years, recent trends in poverty and income distribution in the Latin American countries are also reviewed. The first chapter presents projections of poverty and indigence rates for 2003 and 2004. The conclusion drawn from these projections is that the region has failed to gain any ground since 1997 in its effort to combat poverty and actually witnessed a slight deterioration in this respect in 2003. Nevertheless, stronger growth projections for 2004 indicate that many countries are still in a position to succeed in halving extreme poverty by 2015. Meanwhile, Latin America continues to be the world region with the worst income distribution indicators of all. This situation has been exacerbated by the fact that some countries have actually witnessed an increase in income concentration. This heightens the urgency of developing distributive policies to increase low-income stratas incomegenerating capacity with the help of stronger social safety nets and a more inclusive production model. The chapter on major demographic changes in Latin America and the Caribbean draws heavily upon work done by the Latin American and Caribbean Demographic Centre (CELADE) - Population Division of ECLAC in connection, in particular, with the agreements reached at the International Conference on Population and Development (Cairo, 1994). This chapter analyses the demographic transition and the ageing of the population, birth rates, mortality rates, international migration and development, internal migration and the spatial distribution of the population. It then goes on to explore these phenomenas implications for public policy, social equity and human rights. The third chapter of this years edition of Social Panorama of Latin America focuses on the position of young people in society. This analysis, which is based on a joint study conducted by ECLAC and the Ibero-American Youth Organization, covers a wide range of aspects relating to Latin American youth, including their demographic patterns, occupational status, the organizational structure of the households in which they live and their access to health care and education. Various dimensions of young peoples participation in society and their cultural consumption patterns are also reviewed. It is noted that the Latin American youth of today are more severely affected than other groups by a series of troubling paradoxes, such as the combination of greater access to education with fewer employment opportunities, of freer access to information with less access to power and of greater expectations of autonomy with fewer chances for achieving it. In addition, the young people of today possess higher levels of productive skills but yet are largely excluded from the production process. The fourth chapter delves into the changes that have been taking place in household structures and how they relate to levels of well-being in Latin America. Given the limited coverage of social safety nets in the countries of the region, especially with respect to unemployment, illness, old age and migration, the family continues to play an important role in providing support and protection and is thus a strategic resource in terms of the maintenance of well-being. This chapter also refers to the growing importance placed on the family in the new approaches being taken to social policy-making, especially in the case of poverty-reduction measures. This editions chapter on the social agenda analyses the main results of an ECLAC survey of government agencies responsible for youth policies regarding national youth programmes in Latin America. The objective was to gather information about how these government agencies view their institutional and programmatic policy guidelines and how national authorities perceive the specific problems and situation of youth in the region. The Governments were found to vary quite markedly in terms of their response capacities in dealing with the problems faced by young people. In addition, the programmatic activities implemented in the various countries betray the existence of differing -and sometimes overlapping- paradigms, together with insufficient coordination with the most appropriate institutional mechanisms for building and implementing specific policies for young people.