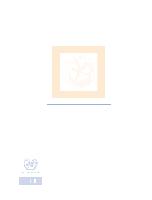 The 2002-2003 edition of the Social panorama of Latin America explores issues related to many of the Millennium Development Goals. Three of the five chapters (on poverty, hunger and gender inequality) assess how likely it is that the countries of the region will succeed in meeting the targets in these areas agreed upon by the States Members of the United Nations for 2015. One of the chapters that refers to the Millennium Development Goals deals with hunger and food insecurity. This chapter, which was produced in collaboration with the World Food Programme, provides information on the scale, trends and main causes of child malnutrition and undernourishment in 24 countries in Latin America and the Caribbean. The chapter on poverty includes figures for Latin American countries in 2001 and 2002, together with estimates for the region as a whole for 2003. This chapter points out that the poverty reduction process has been at a standstill since 1997, but it also notes that many countries may still manage to halve their extreme poverty rates by 2015. The chapter on gender indicates that poverty in Latin America is more widespread among women than men and that most indigent households are headed by women. Moreover, if it were not for the financial contribution made by women, poverty would increase by at least 10 percentage points in most of the countries. The discussion also deals with other disadvantages suffered by women, such as those linked to the lack of social recognition, unpaid domestic work, the slow pace of progress in their involvement in politics (particularly in decision-making positions), higher rates of unemployment and wage discrimination. The chapter on social expenditure furnishes information on 18 Latin American countries and analyses trends in social spending over the last decade. The impact on social expenditure of the economic slowdown that began in 1998 is discussed, and the point is made that the higher priority assigned to public social expenditure (measured as a percentage of GDP) avoided what could have been a greater reduction of per capita GDP. The final chapter examines labour policy and singles out some interesting initiatives aimed at combating unemployment, poor job quality and underemployment. Information supplied by the countries' ministries of labour serves as a basis for an analysis of cross-country differences in terms of legal working age, minimum wage levels, types of contracts and the right to form labour unions and to strike. It is further noted that, despite some progress in labour legislation, there are still serious problems with the enforcement of existing laws and regulations. The section on the international social agenda summarizes the main points agreed upon at the World Summit on Sustainable Development (Johannesburg, South Africa, August-September 2002), known informally as Rio+10.