Foreign Direct Investment in Latin America and the Caribbean 2012 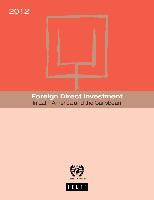 Foreign Direct Investment in Latin America and the Caribbean 2012

For the third year in a row, the countries of Latin America and the Caribbean continued to attract growing flows of foreign direct investment (FDI). The figures for 2012 were particularly significant because they were set in an international context of falling global FDI flows. The new increase in FDI posted brought the region's share of global FDI flows up to 12% in 2012. Economic growth in the region (3%) and the high prices of natural resources have undoubtedly contributed to sustaining the level of foreign investment in the region over the past year. This document offers a qualitative overview of FDI inflows and looks at the relative importance of the different destination sectors in the host economies, and the geographical origin of these capital flows. The performance of FDI from Latin American and Caribbean countries is also examined, affording particular attention to the expansion of some of the region's largest firms, the trans-Latins. The report also analyses the phenomenon of FDI income, which has become increasingly significant in the past 10 years, and takes a detailed look at FDI in the agricultural sector.