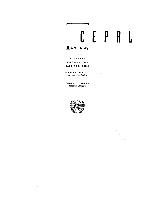 Public military expenditure (PME); has been analysed very little in the region, mainly for political reasons, which also limit access to the relevant information. Because of various events, however, it is beginning to be the subject of economic analysis both by governments and by multilateral bodies, especially with regard to its most appropriate level (how much is enough?);, its opportunity cost (what are its direct and indirect economic impacts?);, and its cost-effectiveness as a system of acquiring arms (what is its effect per monetary unit?);. According to the most conservative estimate, based on the official information on defence spending of the countries where this information is available, the Latin American and Caribbean PME amounted to 1.3% of GDP (nearly US$ 25 billion); in the mid-1990s, and its average share of total central government expenditure in the region came to 9.7%. The central governments of the region spend an average of one dollar on defence for every 1.1 dollars of direct expenditure on education or 0.9 dollars on health. As in the case of any other kind of public expenditure, a debate is called for on the efficacy and efficiency of PME in relation to the development process in general and its economic impact in particular. Although there is no precise answer to the question of how to provide the exactly necessary amount of the public good represented by defence, excessive provision of this good undoubtedly represents improductive expenditure. It is hard to justify the importation of sophisticated arms if this merely serves to restore the balance with a country's neighbours or with the rest of the region, albeit at a higher level of expenditure than before. Moreover, the opportunity cost of PME is clearly high, while the positive externalities that it generates could be achieved through other forms of public expenditure which render different and more specialized services.