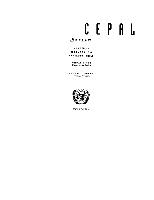 The constitution of a new international industrial order dominated by a core of large transnational corporations generally makes life more difficult for the great majority of developing countries because, since most are not in a position to compete effectively, they face still greater marginalization. TNCS more than ever before can significantly influence the international competitiveness and therefore the nature of incorporation of developing countries into the new increasingly integrated international production system. The national origin and form of foreign direct investment and technology are very important factors in accounting for the kind of impact TNCS have on local industry. The experience of some of the newly industrializing countries of developing Asia suggests that the more dynamic Japanese FDI and technology which comes in the form of minority capital or non-equity participation in local firms has been a very important element in improving the international competitiveness of those countries and ensuring the continuous technological upgrading of their industry. The Latin American experience with the less dynamic United States For and technology, which normally came in the form of the establishment of subsidiaries or majority-owned affiliates, has been that this has tended to reinforce the bias towards inward-looking industrialization by import-substitution and has therefore done little to improve the international competitiveness of Latin American industry, which is thus being progressively marginalized, both from an international and a corporate perspective.