Diane Quarless assumed responsibilities as Chief of the ECLAC subregional headquarters for the Caribbean on 2 November 2011.

The Director's views and thoughts on the occasion of international observances and selected thematic issues, #DirectorsTake:

INTERVIEWS WITH THE DIRECTOR

Diane Quarless assumed responsibilities as Chief of the ECLAC subregional headquarters for the Caribbean on 2 November 2011. She previously served for six years as Chief of the Small Island Developing States Unit, and also as Head of Partnerships for Sustainable Development in the Department of Economic and Social Affairs of the United Nations.

She began her career as a diplomat in the Foreign Service of the Government of Jamaica, serving as policy analyst, adviser and practitioner in development management. She was twice assigned to the Permanent Mission of Jamaica to the United Nations in New York, more recently as Deputy Permanent Representative from 1998 to 2002, when she actively participated in advancing the broader strategic interests of the Caribbean Community (CARICOM), the Alliance of Small Island Developing States (AOSIS) and the G77 developing countries. She was elected a Vice Chair and Rapporteur on the Bureau of the Preparatory Committee for the World Summit on Sustainable Development in 2002.

She has in-depth knowledge of the development challenges facing the Caribbean, and experience in the management and oversight of capacity building programmes for the Caribbean and the wider group of Small Island Developing States. She has wide knowledge of the United Nations system, and a strong network of inter-agency partners. Trained in international relations, she also holds a Masters’ degree in Development Studies with specialization in Environmental Management. 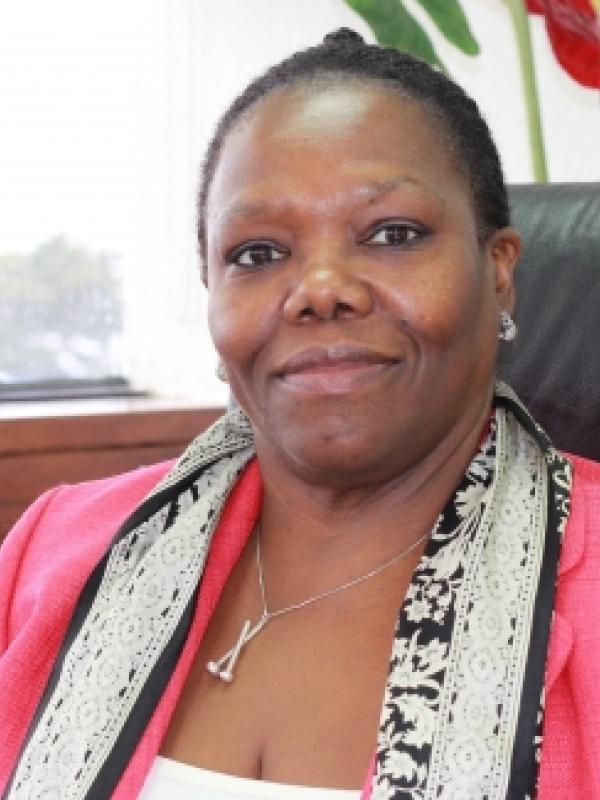 Chief of ECLAC Subregional Headquarters for the Caribbean