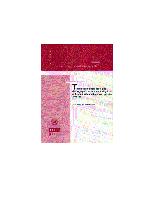 Abstract After the 1981 Chilean pension system reform, which shifted from a government run pay-as-you-go system to a private, fully funded one, many countries in Latin America have implemented or are considering reforms with an important funded component. We develop a simple model to assess the magnitude of the implicit government debt that needs to be made explicit by this policy, as well as the transitional fiscal costs that such a reform implies. We show that the liabilities and the associated fiscal costs are affected by the population age structure, old-age mortality, labour-market and pension system variables. By use of data from Latin American countries, we find that in several countries, especially those with more aged populations and high coverage systems, the pension debt is very high, and that a switch from unfunded to fully funded systems implies substantial fiscal costs, that may even turn out to be economically and politically unviable in some cases. The effect of some partial funding options are discussed in selected national contexts.