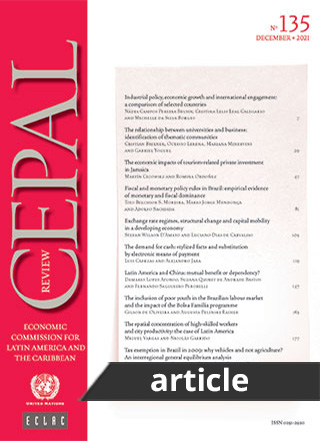 This article analyses the labour market inclusion of young Brazilians, especially poor ones, by measuring the impact of the Bolsa Família programme on the process. Using data from the 2015 National Household Survey (PNAD), an exploratory analysis was conducted and the propensity score matching technique applied. Young people were found to have particular difficulty in entering the labour market, while poor young people were even more excluded, suffering high rates of unemployment and informality and receiving the lowest wages. The study also found that the Bolsa Família programme had no effect on the inclusion of young beneficiaries in the
formal labour market, while there was a negative impact on participants’ incomes. However, no “sloth effect” was observed.