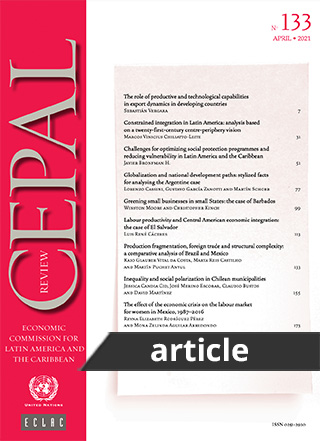 This paper seeks to identify the variables that determine labour productivity in El Salvador. The results show that the extreme openness of the Salvadoran economy, combined with the decline in its investment rate since the mid-1990s, have dampened labour productivity growth —as also has happened in other Central American countries. The study also finds that a country’s productivity is positively influenced by the vitality of quality employment and investment in neighbouring countries. This article concludes by advocating the restoration of protection to the subregion’s production sectors, the promotion of quality education, technology and the acquisition of knowledge and skills.