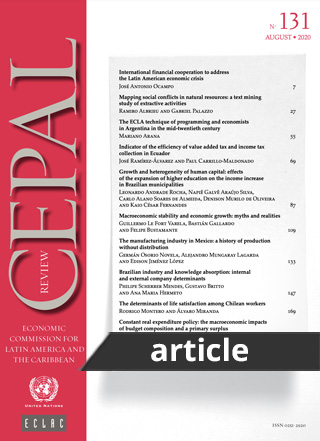 Applying text mining techniques, a methodology was developed to measure the number of social conflicts related to the exploitation of non-renewable natural resources. The study focuses on conflicts in four mining countries (Australia, Canada, Chile and Peru) between 2003 and 2016, based on more than 20,000 articles from the leading newspapers of each country. A statically significant correlation was found between the main index and mineral rents as a percentage of gross domestic product (GDP). However, the results should be interpreted with caution since endogeneity issues have not been addressed and the indices could be biased by various, country-specific factors. This study’s main outcome is a database with different indices of soft conflicts related to the exploitation of non-renewables natural resources and its media coverage in Australia, Canada, Chile and Peru.