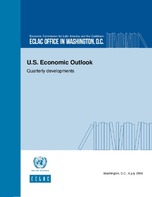 In the first quarter of 2018, the U.S. economy grew at an annualized rate of 2%, a slower pace than previously thought, but growth is expected to rebound in the current quarter. Growth was held back by the slowdown in consumer spending, which grew only 0.9% in the first quarter, after a 4% growth in the fourth quarter of last year. U.S. employers added 1,287,000 jobs during the first half of 2018. Unemployment rate was at 4% at the end of June. Compared with its pace before the 2008 recession, productivity growth is disappointingly slow. On a year-ago basis, unit labor costs were up 1.1% in the first quarter while productivity increased 1.3%, indicating acceleration in wages that nevertheless falls short of prerecession rates.