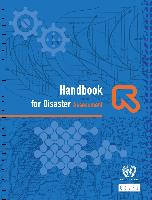 The Economic Commission for Latin America and the Caribbean (ECLAC) has been a pioneer in the field of disaster
assessment and in the development and dissemination of a disaster assessment methodology. Its approach involves
estimating the effects of a disaster on assets (damage) and economic flows (losses and additional costs) and takes
account of the economic, social and environmental impacts of disasters.
ECLAC studies in this area respond to the need to estimate the financial costs of a disaster with a view to
determining the amount of sector-specific funding needed for recovery and reconstruction efforts (including riskprevention
measures) to restore a country or a region to its pre-disaster situation.
Since the earthquake that struck the Nicaraguan capital Managua in 1972, ECLAC has taken part in more
than 90 assessments of the social, environmental and economic effects and impacts of disasters in 28 countries in
the region (including 15 of the 20 most devastating disasters to hit Latin America and the Caribbean in the past 40
years) which were responsible for around 310,000 deaths and affected the lives of 30 million people, and caused
damage estimated at US$ 213 billion (at 2000 prices).
In 1991 the experience gained by ECLAC in disaster assessment was compiled in the first edition of its disasters
manual, coordinated by Roberto Jovel. The World Bank subsequently adopted the ECLAC methodology in countries
outside Latin America and the Caribbean, and it has now been used in 40 countries on other continents, mainly
Africa and Asia. A second edition was published in 2003, under the supervision of Ricardo Zapata, which helped
transmit this methodology and other relevant expertise to governments in the region.
The methodology is again updated in this third edition, entitled Handbook for Disaster Assessment, which was
prepared as a joint effort between various divisions of ECLAC and with the active collaboration of the Pan American
Health Organization (PAHO). The project was partially funded from valuable contributions from the Japan International
Cooperation Agency (JICA) and the United Nations Development Account Programme.
This new handbook strengthens procedures for estimating the effects and impacts of disasters and provides
an integral accounting approach to bring them together into a coherent picture, distinguishing between losses and
additional costs and with due account of linkages between different sectors of the economy. It also addresses crosscutting
issues such as gender and the environment.