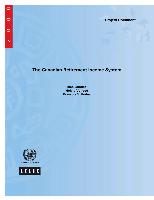 This document was prepared by Inés Bustillo, Helvia Velloso and François Y. Vezina, consultants of the United Nations Economic Commission for Latin America and the Caribbean, ECLAC, Washington Office. Prepared as a support to the document Shaping the Future of Social Protection: Access, Financing and Solidarity" presented in the XXXI ECLAC Session Period carried out in Montevideo, Uruguay during March, 20 to 24, 2006. The views expressed in this document, which has been reproduced without formal editing, are those of the authors and do not necessarily reflect the views of the Organization. Introduction The Canadian retirement income system (RIS) is generally considered a success story. Since 1971, senior citizens have experienced a significant improvement in their relative incomes, and an impressive number of seniors has moved out of poverty. The system provides most elderly Canadians at the low-to-middle income level with the means to largely preserve their living standards in retirement. At the same time, middle -to-high income households have an incentive to save for retirement because public pension benefits remain relatively modest. The reforms that have been implemented since the late 1990s have rendered the system viable in the long-run. They include a gradual increase in contributions (to a "steady-state" level) and in the amount of earnings subject to premium payments, changes in the administration and calculation of benefits, and the creation of an investment board to invest funds not immediately needed for benefits. However, the retirement of the baby boom generation, starting at the end of this decade, raises new challenges. The old-age dependency ratio is expected to rise sharply (Chart 1), and the RIS will have to cope with these new demographic trends. Although the adjustments to the RIS and the economic recovery of the late 1990s restored the financial health of the RIS, there is still scope for additional reforms in preparation for the retirement of the baby boom generation."