Home » Publications » The Role of Tax Policy in the Context of the Global Crisis: consequences and prospects
Available in: EnglishEspañol

The Role of Tax Policy in the Context of the Global Crisis: consequences and prospects 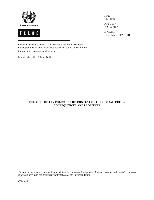 IntroductionThe financial crisis has had a significant impact in Latin America and the Caribbean, moving through all of the various channels that connect Latin America with the rest of the world: trade, capital flows, remittances and foreign direct investment. This has resulted in a series of simultaneous negative effects on the region's economies: declining exports (in terms of both volume and price), severe limitations on access to capital markets, a decrease in remittances and a reduction in the flow of foreign direct investment.These factors affect public finances, while at the same time limiting governments' ability to respond. Tax revenues are declining significantly as a result of the economic slowdown/recession and the drop in commodity prices. Moreover, the fiscal stimulus packages implemented by the countries will cause a further decline in their fiscal balances. To compensate for the distributive costs of the crisis, the countries have adopted contingency measures. Finally, in tandem with shrinking fiscal balances, the flow of external financing has slowed significantly. This worsening in fiscal performance comes on the heels of several years of improved performance in the region's public accounts, which had allowed for a lowering of the debt-to-GDP ratio.The seriousness of the worsening fiscal situation, along with the possibility that it could lead to solvency problems, is closely linked to the pre-crisis fiscal position, and will be affected by how long the crisis lasts. The crisis and its impacts vary from country to country, demanding different responses, due both to differences in the causes and effects, and to countries' differing capacities and resources.This document focuses in particular on the impact of the crisis on tax revenues, and on the countries' policy responses to the crisis. It also examines potential lines of action that countries could undertake.The present report approaches this situation by analysing tax issues and examining how they interact with the current economic situation. It begins by presenting an assessment of the principal stylised features of the changing fiscal and tax policy of the last several years. It then looks at the possible impact of the crisis on this situation, and the level of risk to which each country is exposed. Following this, it examines the main fiscal and tax measures adopted, as well as issues of political economy that could hinder the implementation of reforms to address the crisis. Finally, it presents some thoughts on which paths would be most advantageous over the coming years.