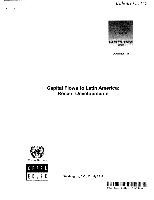 Over the month of May there was a dramatic shift in the macroeconomic environment, with volatility and uncertainty increasing considerably. Financial markets moved to reflect substantial downside economic risks from the fiscal turmoil in the euro area. Concerns about contagion were reawakened and although most forecasters think the global economy has enough momentum to motor ahead, they now see more downside than upside risks to their year-ahead forecast. Financial asset price volatility has increased as a result, and investor risk appetite has declined. Macroeconomic developments during most of the spring pointed to a modest but steady recovery in most advanced economies, and strong growth in many emerging economies. However, in late April and early May, the global economic recovery and improvements toward financial stabilization suffered a setback as risks in the euro area increased. Despite the stronger than expected first half global economic recovery, increased uncertainty surrounding sovereign and financial risks in parts of the euro area could broaden and spread, threatening both the financial stability and the economic outlook. Latin American capital markets were affected through the reduction in broad risk appetite, which led to a decline in asset price valuations, a partial reversal in portfolio flows, a stall in sovereign and corporate issuance and tighter financing conditions. The countries in the region now face increased risk and uncertainty. It is not yet clear whether the turmoil in the euro area will cause investors to broadly pull back from risky assets, or whether capital flows to the region will resume as investors look for alternatives to advanced country markets, which look increasingly more volatile. While lower risk appetite could reduce capital inflows at first, the relatively robust economic growth and low public debt of most countries in the region could eventually lead to higher inflows. While the continued improvement of external demand should continue to support growth in the region this year, there are downside risks to the regional growth in 2011. The main sources of these risks are external - the ongoing fiscal crisis in the euro area and the anxiety surrounding the U.S. economic outlook, given the recent release of worse-than-expected data and the uncertainty resulting from major health care and financial oversight reform. Beyond the direct impact that they could have on global growth, and on commodity prices and external demand as result, a tightening of global credit conditions could also have an important adverse impact on domestic consumption in the region.