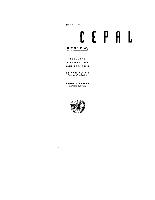 This article analyses the relations between the competitiveness of an economy and the labour regulations in force in it. It is argued that economic theory is by no means conclusive regarding the impact of labour regulations on competitiveness, since different schools of thought maintain opposing positions in many respects. Moreover, empirical research has shown that the evidence put forward with respect to these assumed linkages is not very relevant. Various policy consequences follow from this: countries have various strategies open to them and greater leeway that is usually suggested, since many policies designed to improve equity do not necessarily involve any restrictions on competitiveness. A country can therefore choose the desired level of social protection. The improvement of competitiveness becomes, at least partly, a matter of income distribution. The most conventional formula proposes the reduction of workers' quality of life for a period whose duration is difficult to forecast, with the aim of providing enterprises with certain initial conditions which will allow them to make up for differences of productivity. This is not the only formula, however, nor is it the most equitable or effective. In order to generate those same conditions, it is possible to design income redistribution schemes which make investment for international competitiveness attractive, without resorting to further erosion of the wages of those who were already the most seriously affected during the last years of application of the import substitution models. The analysis made suggests that there is ample leeway for choosing between various combinations of equity and efficiency, and their selection depends on the power relations of the various social actors and the structure of the State.