Home » Publications » Swerves and skids by the Venezuelan economy
Available in: English

Swerves and skids by the Venezuelan economy 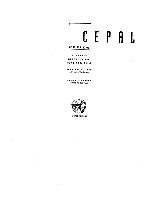 Now that the neoliberal economic model, which is still in force as Latin America prepares to see out the milennium, has completed a number of years of application, it is becoming increasingly desirable to assess the experience gathered so far. Economists are busily engaged in this task by breaking down and analysing the various characteristics and components of the programmes applied in the different countries. An aspect which is often overlooked in these assessments, however, is the social and political viability of the measures adopted, which does not depend solely on their technical qualities. The acceptance of such measures by the various sectors of the population has come to be just as important as their technical merits, especially since the replacement of military regimes with democratic systems which make it necessary to take greater account of the will of the people. This is what might be called the "social" (or perhaps even the "psychosocial"); factor of the reforms. A better understanding of the variables affecting popular reactions to the economic policy measures applied would make it easier to assess their possibilities of success in advance. A store of experience from various countries is already available for this purpose. One of the most interesting cases is perhaps that deriving from the repeated application of the neoliberal model in Venezuela. The different reactions of that country's population to the two neoliberal-type programmes applied in 1989 and 1996 could well be due to the different evolution of the real values of the economy (growth of the product and employment);, despite the similarity of the macroeconomic imbalances which existed in both cases.