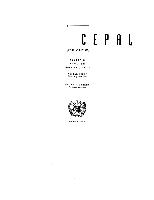 The greater openness to the outside world exhibited today by rural, peasant and indigenous groups is particularly notable among the young people in those populations, whose behavioural patterns, referents and expectations differ from those of preceding generations. At the same time, living conditions in the farming sector have improved very little, and agricultural producers' self-images have worsened; both of these factors prompt young people to leave the sector. Today, only half the people born in rural areas in the 1960s still live there. Not enough attention has been devoted to this situation, which leads, among other things, to the types of problems associated with lack of preparation and difficulties of adaptation on the part of migrants. In those areas from which emigration is the heaviest, the ageing of the population is quite marked; this hampers any attempt to pursue a dynamic form of development and in some cases even leads to the dismantling of existing infrastructure and services (and, hence, an even greater loss of population);. Those young people who do wish to remain in rural areas have not received sufficient attention either. In order to utilize the potential they represent, this segment of the population needs to be taken into account by policy makers and has to be provided with channels for active participation in production activities and community affairs -not so that they may attain what their parents achieved, but rather so that they may take a substantive leap forward in terms of both their income and quality of life. It is also necessary to eliminate the many market imperfections existing in the rural sector and to enable each individual agricultural unit to approach its optimal production frontier.