Home » Events » Interagency meeting on implementation of road safety measures in support of the 2030 Agenda for Sustainable Development
Available in: EnglishEspañol

Organized by ECLAC and PAHO

Every year, 1.25 million people die in road traffic crashes and up to 50 million more suffer non-fatal injuries. An estimated 3% of gross domestic product is lost worldwide in road crashes, which are the main cause of death of young people aged 15-29 years. Road traffic injuries have become a leading cause of mortality, and yet most road crashes are largely predictable and preventable. Over the last fifteen years, road safety has emerged as a significant global public policy issue. In 2004, the WHO and the World Bank published the World Report on Road Traffic Injury Prevention which warned that road traffic injuries “constitute a major public health and development crisis”. In the same year, the UN General Assembly invited the WHO to act as the UN’s road safety coordinator, in collaboration with the UN regional commissions and to establish the UN Road Safety Collaboration (UNRSC). This was followed in 2006 by the launch of the Commission for Global Road Safety under the chairmanship of Lord Robertson of Port Ellen which called for a first ever global ministerial conference on road safety and proposed a ten-year action plan to reverse the rising tide of road injuries.

Although the Decade of Action represented long overdue recognition of road safety as a major global issue, it was still left out of the UN’s 2000-2015 Millennium Development Goals (MDGs). This oversight made it harder for road injury prevention to mobilise the political and financial support it clearly deserves. It was, therefore, very significant that road safety was finally included in the new framework of SDGs[8] when they were unanimously adopted in by Heads of Government at the Sustainable Development Summit held at the UN in New York in September 2015.

This work has led a set of results and proposals, addressed to national and provincial authorities in charge of developing and maintaining federal, provincial (state) and municipal road safety policies in Latin America. Among these, the participants highlighted and discussed some significant limitations in the existing road safety policies. In this context, participants mentioned, in many cases, they also fail to incorporate effective monitoring mechanisms and indicators that use reliable, adequate and quantifiable data. Thus, they called for a continuous regional dialogue on road safety governance and regional and global best practices. They called upon organizations within the United Nations system and the regional multilateral developing banks to continue to address the topics discussed during the workshop and organize follow-up activities.Objectives:

Review the work of the different agencies;

Identify opportunities for collaboration to implement measures towards the SDG target on road safety;

To prepare a framework for implementing activities in a collaborative manner 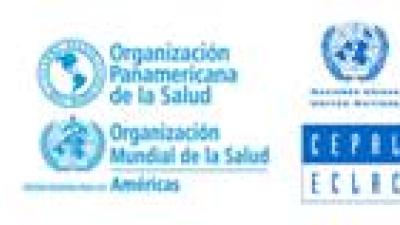