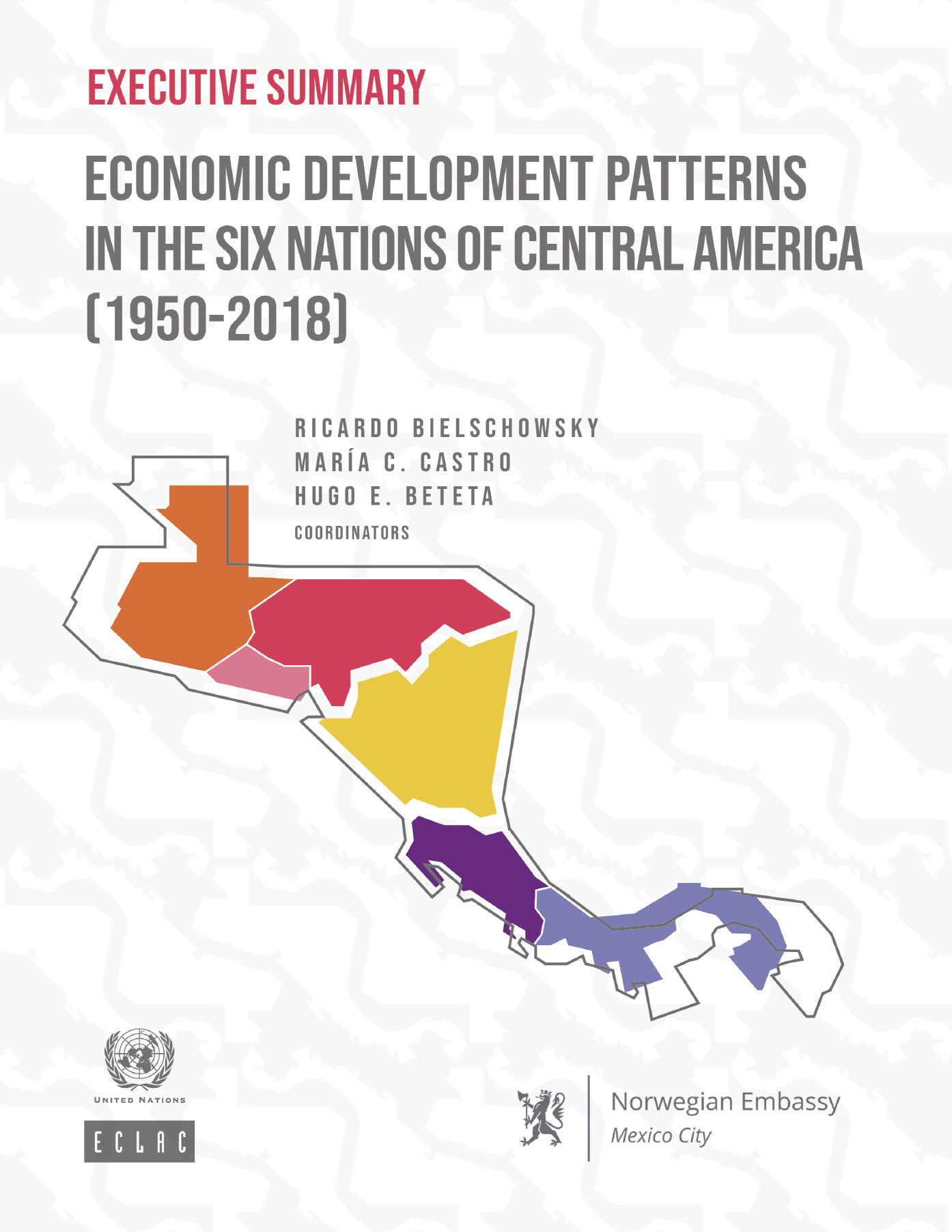 This publication presents an overview of the history of growth and structural transformations in the six Central American countries between the mid-20th century and the end of the 2010s. The authors identify lights and shadows in the historical experience of countries to illuminate reflection on future development strategies and policies.
The analysis is based in the historical-structural approach of Economic Commission for Latin America and the Caribbean (ECLAC), whose purpose is to examine the movement in the national productive and social structures over time, considering the endowment of resources, the effects of national policies and institutional changes, as well as the international economic environment in which economies are inserted.
The authors review the history of Central American integration as well, and it is reinforced the importance of carrying out comparative studies, establishing the similarities and differences in the socioeconomic evolution of the six countries. To conclude, a vision of the future that implies a change in the development models of each country and the region is proposed.

Introduction .-- A. Guatemala, by Alberto José Fuentes .-- B. Conditioning factors of GDP growth, investment and labour productivity
and their impacts on the socioeconomic structure of El Salvador from a historical-structuralist perspective, by Óscar O. Cabrera .-- C. Growth patterns and structural transformation in the Honduran economy, 1950–2018, by Hugo Noé Pino and Wilfredo Díaz .-- D. Nicaragua, by Arturo Grigsby .-- E. The pattern of structural change and development in Costa Rica from 1950to 2021 and future challenges, by José Manuel Salazar-Xirinachs .-- F. The three periods of the transitist model of economic development in Panama between 1950 and 2017, by Guillermo Castro and Julio Rosado .-- G. Central American integration: notes on history and current challenges, by Héctor Dada Hirezi .-- H. Preliminary overview of similarities and differences in the economic
evolution of the six nations of Central America, by Alberto José Fuentes, Hugo E. Beteta, Ricardo Bielschowsky, María C. Castro and Pablo E. Yanes.