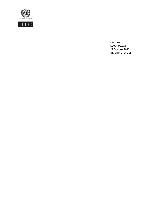 Climate change is a continuous process that began centuries ago. Today the pace of change has increased with greater rapidity because of global warming induced by anthropogenically generated greenhouse gases (GHG). Failure to effectively deal with the adverse outcomes can easily disrupt plans for sustainable economic development.
Because of the failure of export agriculture over the last several decades, to provide the economic stimuli needed to promote economic growth and development, Jamaica, like many other island states in the Caribbean subregion, has come to rely on tourism as an instrument of transformation of the macro-economy. It is believed this shift in economic imperative would eventually provide the economic impetus needed to generate much needed growth and development.
This assessment has shown that tourism is not only a leading earner of foreign exchange in Jamaica and a major creator of both direct and indirect jobs but, also, one of the principal contributors to the country‟s Gross Domestic Product (GDP). The rapid expansion of the industry which occurred over the last several decades coupled with disregard for sound environmental practices has led to the destruction of coral reefs and the silting of wetlands. Because most of the industry is located along the coastal region it is extremely vulnerable to the adverse effects of climate change. Failure to address the predictable environmental challenges of climate change, with some degree of immediacy, will not only undermine, but quickly and seriously impair the capacity of industry to stimulate and contribute to the process of economic development. To this end, it important that further development of industry be characterised by sound economic and social planning and proper environmental practices.