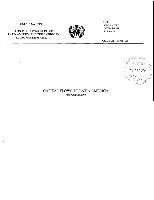 The emerging markets debt class entered 2003 in sound shape. Similar to 2002, emerging markets debt finished the first quarter of 2003 as the top performer over all other fixed income asset classes, as well as equity markets. The downside risks for the global recovery, uncertainty about the length of the war with Iraq, and the deteriorating economic outlook in the US and Europe actually contributed to highlight the benefits of diversification into emerging markets. The flow of funds into emerging debt markets was a major factor pushing spreads down during the quarter. These inflows were driven by disillusionment with equities following a prolonged bear market, the uncertain prospects for a rebound in corporate earnings as well as growth in output, and a search for high-yielding assets in face of low interest rates in major domestic government bond markets. The inflows of new money into emerging markets debt during the quarter were also driven by the track record of emerging markets debt. According to many analysts, the emerging markets debt has generated higher risk-adjusted returns than any other asset class not only in 2002 and in the first quarter of 2003, but also over the past five years. Merrill Lynch, for example, goes further, and indicates that emerging markets debt has provided the highest annualized returns when compared to all other major US$-denominated asset classes over the past 11 years (both debt and equity). All Latin American spreads tightened in the first quarter of 2003, with the exception of Venezuela. Latin Americas access to international capital markets also improved significantly. New debt issuance reemerged in the final months of 2002, and accelerated its pace in the beginning of 2003. In January, new debt issuance considerably surpassed the previous two months rise. Januarys heavy emerging markets issuance carried over into February, although it stalled in March. Several Central American countries tapped capital markets in the first quarter. Costa Rica, El Salvador and Panama placed a combined US$1.07 billion in debt in US markets in January and February. However, despite regaining access to international capital markets, and after largely escaping the downpour of downgrades aimed at South America in 2001 and 2002, credit rating agencies have taken aim at Central America. Most of the regions countries are suddenly in danger of downgrades, as rising foreign indebtedness, slowing economies and renewed political uncertainty weighed down their prospects. The downward pressure is coming even as neighboring Mexico saw its investment-grade credit rate put on review for upgrade earlier in the quarter by Moodys and much of Latin America is regaining its footing after Argentinas debt default at the end of 2001 . There were positive signs in some of the key Latin American countries in difficulty during the first quarter of 2003. In particular, the new government in Brazil took decisive steps both in fiscal policy and structural reforms, leading to a strengthening in investor confidence. Argentina bottomed out from its severe recession, although the country still faces big challenges in the second quarter. Latin America is now experiencing a moderate recovery, and there are signs of stronger growth in many countries, with the exception of Venezuela