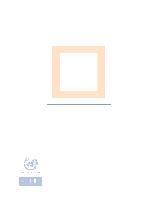 In the last four years (2003-2006), Latin America has turned in its best performance in 25 years in economic and social terms. Progress with poverty reduction, falling unemployment, improving income distribution in several countries and a strong upswing in numbers of jobs are the main factors underlying the positive trend in a number of the region's countries. The first two chapters of Social Panorama of Latin America 2006 look at the way the main social indicators have behaved in the last few years. These indicators track the evolution of poverty and extreme poverty, inequality in income distribution and changes in the main labour market indicators. The analysis focuses in particular on the performance of urban waged employment during these years of economic upswing and expansion. The following two chapters address matters that, for different reasons, have come to figure prominently on government agendas. The chapter on indigenous peoples adopts a rights-based perspective to examine the new realities of indigenous peoples' lives, their heterogeneity and, in particular, the new obligations of twenty-first century democracies in this respect. The chapter on changes in family structure in Latin America looks at new public policy issues raised by the increasing variety in family types and outlines ways in which governments are responding to these new situations. Social Panorama of Latin America 2006 uses the most recent estimates of the magnitude of poverty conducted by the Economic Commission for Latin America and the Caribbean (ECLAC). According to these estimates, in 2005, 39.8% of the region's population, or 209 million people, were poor and 15.4%, or 81 million, were extremely poor or indigent. The first chapter also gives poverty projections for 2006, according to which the numbers of poor and indigent will decline again, to 205 million and 79 million, respectively. These figures are then used as a basis for a fresh examination of the countries' progress towards the first target set in relation to the Millennium Development Goals. An analysis is also conducted of recent income distribution trends in the Latin American countries and these are compared with measurements of absolute and relative poverty, which are based, in turn, on the criteria adopted by the countries of the Organization for Economic Co-operation and Development (OECD). The second chapter deals with changes in the main labour market indicators and compares trends recorded in the period 1990-2002 with those for the last three years. The analysis focuses on the level and composition of unemployment, trends in labour force participation, especially by women, and the generation of waged employment in urban areas. The quality of waged employment is discussed with reference to trends in real wages, type of contract and the attached social security coverage. It is concluded that the upturn in employment and, partly, in wages seen in the last two years has not significantly improved the quality of new jobs. This would indicate that the current levels of coverage of employment-based contributory social security schemes are insufficient to sustain progress towards the institution of a universal pension and retirement scheme in which minimum benefits can be properly financed in the long term. The chapter on indigenous peoples gives a socio-demographic overview from the perspective of the new international standard on indigenous peoples' individual and collective rights, the implementation of which is compulsory for all States. In this regard, two main points are discussed: the emergence of indigenous peoples as active social and political actors, and the consolidation of the international standard of rights and the associated public policy implications. The chapter also looks at demographic and territorial heterogeneity among countries and among indigenous peoples in terms of settlement patterns, age structure and higher rates of fertility and infant and child mortality. Emphasis is afforded to the complexity and heterogeneity of indigenous population dynamics and the persistent inequity and inequality indigenous people face, interpreted in the framework of the structural discrimination and specific cultural traits evident in Latin American countries. This poses an enormous challenge to twenty-first century democracies in terms of State reform and policies aimed at narrowing gaps in the implementation of indigenous peoples' individual and collective rights. Chapter IV, which is devoted to the social agenda, analyses changes in family structure and reviews family policies and programmes in the region, based on the responses provided by official national agencies to a questionnaire circulated by ECLAC. The first part of the chapter, on shifts in family structure, discusses the increasing variety of family type, particularly the greater proportion of single-person and female-headed single-parent households. This has been accompanied by a decline in the proportion of two-parent nuclear families with children and of extended families, and a relative decline in the number of households whose head provides the sole financial support for all the family members. A new approach to family programmes and policies is called for in view of these changes. The second part of the chapter discusses some aspects of the public institutions responsible for different family-related issues and associated programmes and policies and flags a number of flaws and limitations observed in the region in this regard. As regards the international social agenda, the chapter refers to international meetings held on social issues during the period covered by this report and summarizes the agreements and recommendations arising from the thirty-first session of ECLAC, whose core theme was social protection.