Foreign Direct Investment in Latin America and the Caribbean 2008 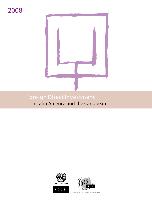 Foreign Direct Investment in Latin America and the Caribbean 2008

In 2008, inward foreign direct investment (FDI) in Latin America and the Caribbean rose to a new record high despite slowing with respect to the previous year, and the region's outward foreign direct investment (OFDI) reached its second highest level ever. Considering the economic and financial turmoil of the times, these results are surprisingly positive, but caution needs to be exercised in their interpretation. Many of the investments carried out in 2008 reflected the inertia effects of pre-crisis market trends, and capital flows in 2009 are in fact expected to fall, as discussed in chapter I of this document. Focusing on the impact of the global economic and financial crisis on FDI flows is unavoidable in the present circumstances, but the analysis of the short-term situation should not relegate the issue of long-term development. Chapter II examines investment in offshore business services in the region, a sector that holds promising prospects in the medium and long runs, not only in quantitative, but also in qualitative terms, and which may even be able to thrive in times of crisis. Chapter III analyses investment in large coastal hotel and real estate complexes in tropical countries, a segment whose growth had been fuelled by the United States real estate boom and which has consequently been hit hard by the current crisis. Despite the difficulties they are facing now, these types of investment projects are an interesting example of a new model for tourism development that could be adopted by many countries in the region.