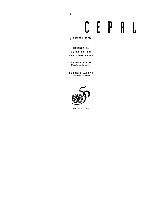 This study examines "South-South" economic relations in the context of regionalism. It covers three Latin American countries and eight high-performing Asian developing economies. Although the level of trade and investment between these two groups is currently very low, trade is growing fast and there are indications that the potential for continued growth exists. Although regionalism is advancing in both these parts of the world, it has so far not affected the ties between the two groups of countries, and in fact inter-regional trade growth has recently been exceeding intra-regional growth in the case of most of the countries covered by this study. In the short term, it would appear that economic relations between these Latin American and Asian countries will depend largely on whether a "second generation" of reforms in Latin America will sustain the gains from prior reforms. These changes will require a rehabilitated State at a time when much of the latter's political capital has already been expended, yet the need to maintain fiscal integrity remains. Part of the solution for the Latin American economies seems likely to lie in the widening and deepening of formal integration arrangements, especially in the case of the North American Free Trade Agreement (NAFTA);, which could contribute to greater economic integration with the high-performing Asian countries. Finally, while the Asia-Pacific Economic Cooperation Council (APEC); is an obvious institutional bridge between the two regions, it may be premature to speculate too much on its potential significance. There would appear to be some formidable obstacles in the path towards a trans-Pacific Free Trade Area.